Amy Sedaris
Posted by BakeryTraveler at 6:00 AM No comments:

Posted by BakeryTraveler at 12:30 AM No comments:

Any sweet treats for Andy Murray?
From The Independent (2011):

First it was drug testers turning up at Andy Murray's house at some ungodly hour, now it's 30 Percy Pigs. The sweets, produced by Marks & Spencer, are one of the Scot's favourites, though he was surprised to see them on his doorstep.

"I think my Mum said something because wherever she goes she always brings them for me," Murray said. "The door went at about 8.45 last night. I thought: 'What is that?' It was this big box of Percy Pigs from a PR lady at Marks & Spencer."

For those unfamiliar with Percy Pigs – two of which are apparently eaten every second of the day – Murray provided a description. "It's basically like a pig's head and you have the sweet and it's jelly where the ears are. Then you have Percy Piglets and Percy and friends and all that stuff. They have all the different spin-offs."

What had he done with the 30 pigs? "They're just sitting in the house. I really like them, but I'm being quite strict on my diet in the next couple of weeks, so I'll wait until the tournament's

Had he not tried any of them yet? "My girlfriend opened them last night and I had a bite out of one of them and that was it," Murray said.

Posted by BakeryTraveler at 12:00 AM No comments: 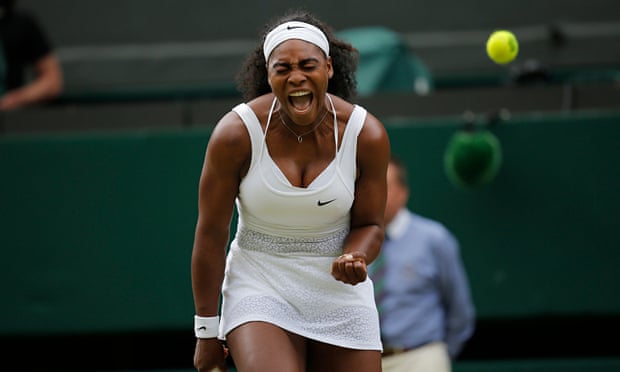 From a Bon Appetit 2013 Interview:

"Are you a sweet or savory person?
SW: I’m the deadliest of both: savory and sweet. I love those molten lava cakes, the ones where you cut into it and the chocolate spills out. Even if it’s terrible, I can’t say no to those. The best ones are at Nobu because they serve it with green tea ice cream. Ridiculously delicious." Posted by BakeryTraveler at 10:50 AM No comments:

"No, no! The adventures first, explanations take such a dreadful time.”
- Lewis Carroll, Alice's Adventures in Wonderland and Through the Looking-Glass
Posted by BakeryTraveler at 6:00 AM No comments: